1) Mention what is SSRS?

SSRS or SQL Server Reporting Services is a server-based reporting platform that gives detailed reporting functionality for a variety of data sources. Reporting services include a complete set of tools to manage, create and deliver reports and APIs that allows developers to synchronize data and report process in custom application.

2) Mention what are the important architecture components of SSRS?

4) Explain what are the different stages of Report Processing?

5) Mention what are the new features in SSRS?

These are the new features included, apart from these, if you are using SSR on SharePoint it gives additional benefits like drag and drop ad hoc reporting and sending e-mails when data changes. 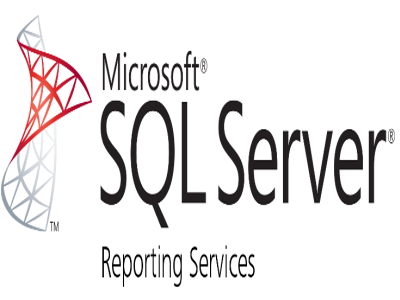 6) Explain what is a sub-report?

Sub-report are inserted into the main part, just like a main report, you also pass queries and parameters to it. In other words, a sub-report can be considered as an extension to your main report, however it consists of an alternate data set. For example, you can prepare a report of customers and then use a sub-report to show a list of orders for each customer.

7) List out what other servers you can use with SSRS?

Most of the times companies use SQL server with SSRS, but there are other servers you can integrate

8) Mention what are the core components of SSRS?

The core components of SSRS includes

9) Mention what are the different types of SSRS reports?

The different types of reports include

10) Name some of the open source software that you can use in alternative to SSR?

Some of the open source software alternative are

11) Mention what are the reporting service components in SSRS?

12) Explain can you implement data mining in SSRS?

Yes, it is possible to implement data mining in SSRS by using DMX designer to create data mining queries for SSRS reports.

13) Explain how you can configure a running aggregate in SSRS?

To configure a running aggregate in SSRS, you can use the Running Value function.

14) Mention what is the main function of a query parameter?

The main function of a query parameter is to filter data in the data source.

16) Mention what are the three command line utilities and what are their primary functions?

The three command line utilities include

17) Explain how you can deploy an SSRS report?

SSRS report can be deployed in three ways

18) Mention what method you can use to reduce the overhead of Reporting Services data sources?

Cached reports and Snapshots can be used to reduce the overhead of Reporting Services Sources.

19) Explain what is the difference between Tabular and Matrix report?

20) Explain how would you store your query in an SSRS report or a Database server?

Storing SQL queries directly in text format in the data should be avoided. Instead, it should be stored in a stored procedure in the database server. The advantage is that the SQL would be in a compiled format in an SP and gives all the benefits of SP compared to using an ad-hoc query from the report.

What is the difference between SQL and MySQL?