One of the latest software features that everyone has come to expect on their phones and tablets in 2019 is picture-in-picture mode. Apparently, we love having videos playing in the foreground as we are texting or are otherwise on some other application. Without a doubt, picture-in-picture can come in very handy at times, and not just on phones, but on desktops too. But what if you have a Chromebook, and are running Chrome OS?

Well, Google has made efforts to develop the picture-in-picture mode for Chrome OS, but the process of getting to it is a bit twisted. There are two different ways to get picture-in-picture, and for two different types of files. For online videos from Youtube, Netflix, etc, Chrome has an extension (developed by Google) which allows for picture-in-picture. For local media also, there is a workaround. So basically, it’s not the most straightforward thing like it is on the latest Android devices, but it’s definitely workable.

Let us dive right into the two different video platforms, and how to get picture-in-picture for them –

For online videos from Youtube, Netflix, Google Drive, etc, you can use Google’s own extension. It only works on Chrome, but if you’re on Chrome OS, it’s not like you have many other options. Just go to the Web Store and install the extension.

Once installed, you should see an icon on your Chrome sidebar.

Now, all you have to do is navigate to the tab in which your video is playing, and click on the icon. When you do that, you should see the popup box playing your video on the bottom-right corner of the screen.

You can play/pause the video as well as drag/resize the box from the pop-up itself. And it’ll also stay as an overlay on your desktop if you minimize Chrome or open another application. The Chrome tab with the video playing must remain open in the background, though. If you close the video tab, the pop-up will disappear with it.

Are you an old-schooler like me who likes to save video files locally? Or do you have a movie on your hard-drive that you’d like to play on picture-in-picture? For locally stored files, too, Chrome OS has an inbuilt picture-in-picture feature. But it’s not exactly straightforward.

Usually, to open a video in Chrome OS, we use its native video player. But for picture-in-picture, we will have to run the video on a Chrome tab. Chrome OS doesn’t allow us to ‘Open with Chrome’, like you’d expect on Windows or OSX. The only way to play the video inside Chrome is to drag the video file from the files app, and drop it in a Chrome tab.

Once you drag-and-drop, the video will start playing inside the Chrome tab. Now, all you have to do is right-click on the video, and select Picture-in-picture from the dropdown menu. 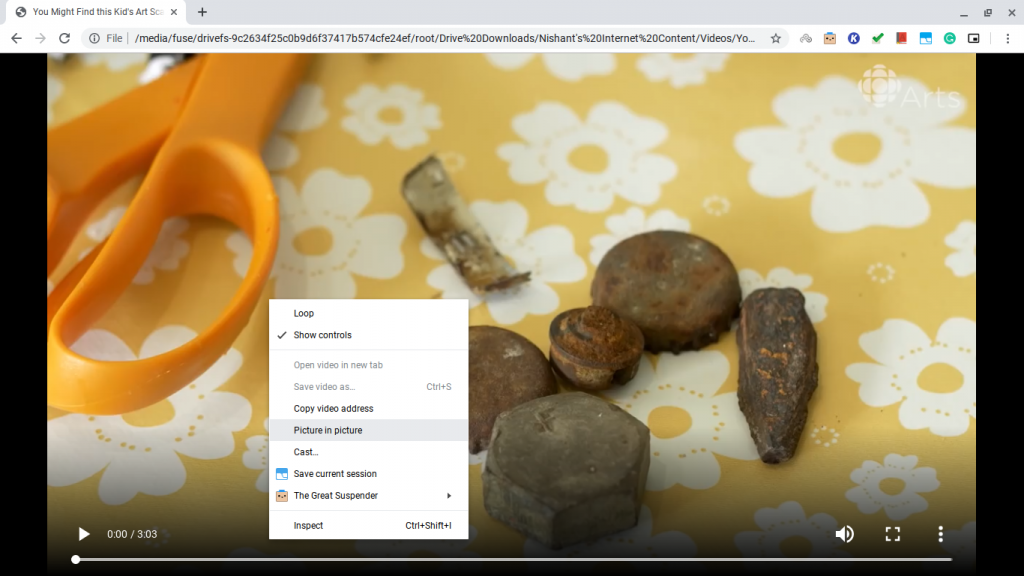 Select ‘Picture-In’Picture’ from the dropdown

The video will then start running in a pop-up box, and can run over all your applications. 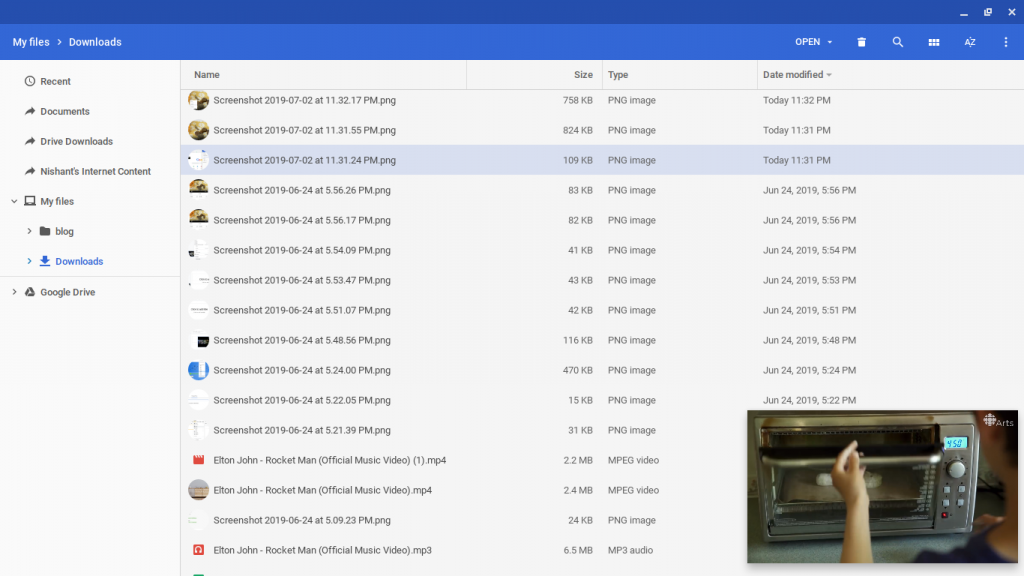 The video will run over other applications

The pop-up box offers the same functionality as with the online videos – play/pause, and drag/resize. And again, the tab in which the video is playing can’t be closed. It must be running in the background.

And that’s about it. That’s how you can run videos on Picture-in-Picture mode on Chrome OS. Have a great time multitasking!

How To Buy The Right Drone For Your Needs