The .SWF file extension is pronounced as “Swiff“, is an Adobe Flash File Format. SWF files consist of animations or applets of various levels of interactivity and function. 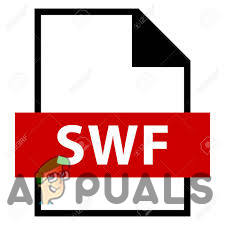 The term “SWF” was an abbreviation of ShockWave Flash which was later on changed to the Small Web Format.

The SWF file format is basically for Online Use. These files are often used for online Games played within a Web Browser and for this purpose, Adobe makes available plugins, such as Adobe Flash Player and Adobe Integrated Runtime to play SWF files in web browsers on desktop operating systems. These include Microsoft Windows, Mac OS X, and Linux on the x86 architecture and ARM architecture (Google Chrome OS only). It was quite easy before 2015 to play a local SWF file on your computer; just drag and drop it into a browser window to play it.

But despite its popularity and usage Flash has 1000 Plus Vulnerabilities, as a result, Adobe has decided to Retire Flash in late 2020 and all major browser makers announced that they would end support for Flash in 2020 in the browsers as well.

When you try to play the SWF file on your desktop PC, you may notice that it is not that easy anymore. Most web browsers Disallow the Dragging and Dropping of such files into their interface for playback; those that allow it right now (in 2019) will stop allowing it once Flash support runs out.

One example: when you drag an SWF file onto the Chrome interface you get a Download Prompt and the Flash file is not Played.

So, if you have Flash files on your system, you may want to continue using these files even after the retiring of Flash, so, it is necessary to look elsewhere to find a Reliable Option that will work after 2020.

However, remember that some SWF files are interactive games whereas others might be non-interactive advertisements or tutorials, so not every SWF file is supported in all SWF players.

So, you want to play SWF file outside the browser, the first thing that comes in mind is to download Adobe Flash Player. But that Player won’t solve your problem because it will use a browser to play SWF files; a player that would Play the SWFs Independently is required.

Adobe’s products, as well as other SWF creating applications,  can open SWF files like Adobe Animate previously known as Adobe Flash, Dreamweaver, Flash Builder, and After Effects. Another feature-filled commercial product that works with SWF files is Scaleform, which is a part of Autodesk Game-ware but it will not be a good idea to install Heavy Software Application just to play Flash but if you have already installed any of these applications use them to play SWF.

Different Programs might be required to open Different SWF files

One of the better options for Windows OS is the freeware SWF File Player. This program is freeware, and it requires the .NET Framework and Shockwave Flash Object.

You can use different multimedia Players to play the SWF file. One example is VLC Media Player which is a free, open-source video player that also supports other media, and it’s especially good when it comes to playing less commonly found formats.

GOM Player and Media Player Classic play SWF just fine (MPC is included in the XP Codec Pack). You can try your luck with other Multimedia players.

Solution 5: Use IrfanView for Windows

IrfanView is a compact, fast and innovative free graphic viewer for Windows

iSwiff uses Adobe’s Flash web plugin (NPAPI edition) for playing the movies. The Flash plugin was once part of Mac OS X, but you can also find it in the latest version on MacUpdate. Or Download and install iSwiff

There are also other Flash file openers for macOS. SWF & FLV Player and Elmedia Player are two examples, but since they are mainly multimedia players for videos and audio files, you would not be able to use it to play SWF Based Games.

You can convert SWF to MP4 or into any other video format. There are the bulk of free video file converters that can save an SWF file to video formats like MP4, MOV, HTML5, and AVI, even some let you convert an SWF file into MP3 or other audio file formats. There are plenty of online tools as well as SWF Authoring Tools you can use to do this.