Some Windows users are encountering the ‘42125 error code‘ when trying to run a boot scan using Avast. This issue is only reported to occur during a boot-time scan and it’s confirmed to appear on Windows 7, Windows 8.1, and Windows 10. 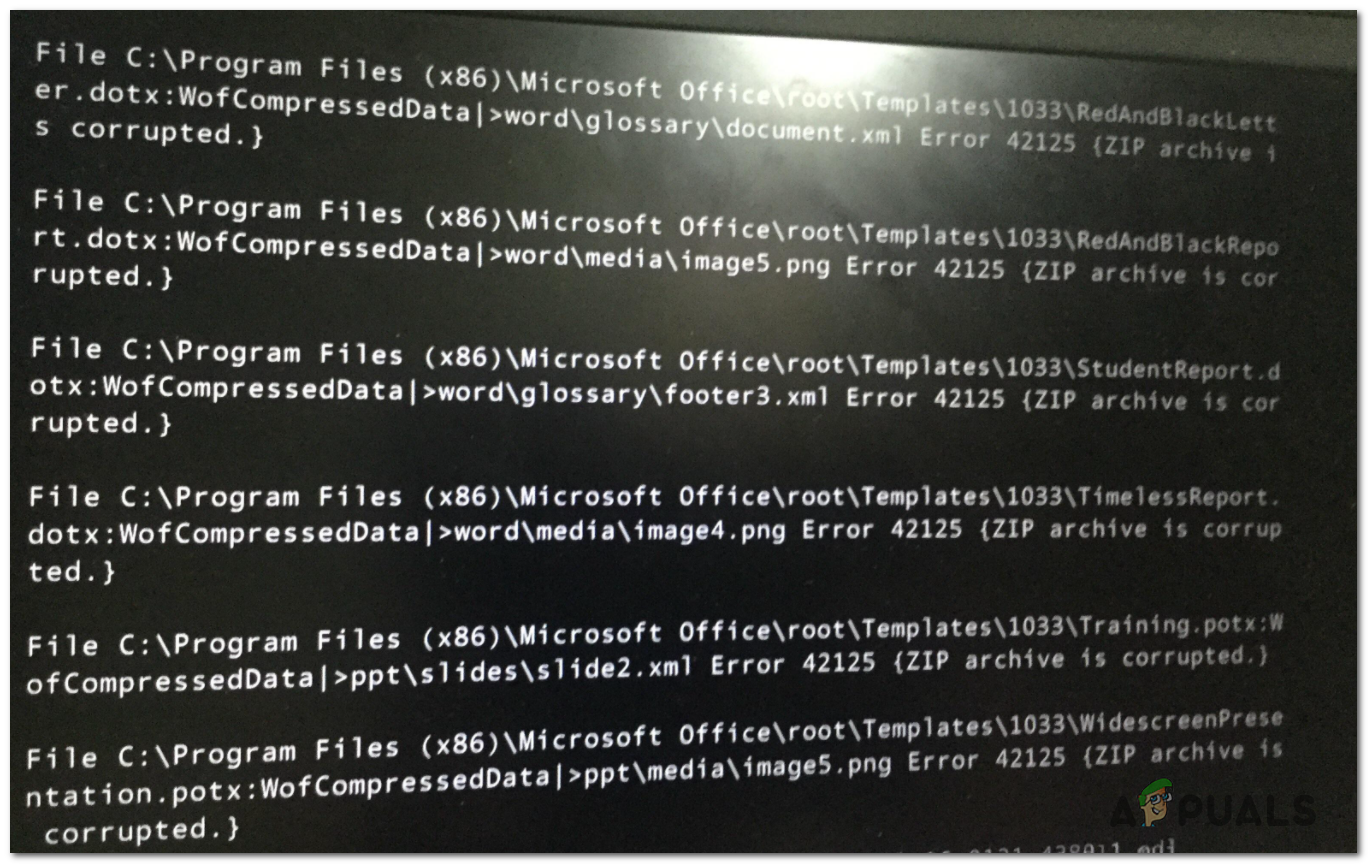 As it turns out, there are 2 main causes that will ultimately lead to the apparition of one of these 2 error codes:

Method 1: Warning against a Decompression Bomb

The most common reason why this error message will occur is a scenario in which Avast things the file that it’s being analyzed is actually a ‘decompression bomb’ (also known as a zip bomb).

A ‘ decompression bomb’ is a term given to archive files (RAR or ZIP) that have a very high compression ratio. These files have the potential to grow to be very big once they are extracted and possibly use up all the memory.

These ‘decompression bombs’ are regularly used in DoS attacks meant at incapacitating virus scanners – The majority of security tools are aware of this practice so they refuse to scan the archive in order to avoid crashing the system or make it more vulnerable to attacks.

Example of a ‘decompression bomb’

If this scenario is applicable and you have reason to believe that you might be dealing with a decompression bomb, the best way to fix the problem is to simply delete the file.

In case you’ve obtained it from a questionable place, just remove it from your system and initiate another boot-time scan in Avast at the next system startup.

If your investigations have not revealed that this file Avast has a problem with is actually a decompression bomb, move down to the next potential fix below.

As it turns out, another reason that might cause one of these two error codes (42110 and 42125) to appear is some kind of system file corruption having to do with the system restore volume.

Fortunately, some users encountering the same problem have reported that the problem was entirely fixes after the disabled system restore, restarted the system, and then re-enabled the System Restore functionality again.

If this scenario looks like it could be applicable, follow the instructions below to disable the System Restore functionality in order to resolve the 42110 and 42125 error codes with Avast:

How To Resolve ‘Proxy Server Is Refusing Connections’ Error On Firefox