Facebook has always placed a priority on fighting misinformation and since the last two years, efforts in this area have become extensive. In order to achieve this, Facebook administration works with independent, third-party fact-checkers that rate and reviews the accuracy of content on the website. Up until now these fact-checkers focused on articles only. Today Facebook announced that it is expanding its fact-checking to include photos and videos as well for all of their 27 partners around the world. This move is aimed at identification of misinformation faster than before.

The fact-checking of photos and videos is achieved in a similar way as was for articles. According to the announcement, “we have built a machine learning model that uses various engagement signals, including feedback from people on Facebook, to identify potentially false content. We then send those photos and videos to fact-checkers for their review, or fact-checkers can surface content on their own. Many of our third-party fact-checking partners have expertise evaluating photos and videos and are trained in visual verification techniques, such as reverse image searching and analyzing image metadata, like when and where the photo or video was taken.” The fact-checkers are thereby able to assess the falsity or truth of a photo or video presented. 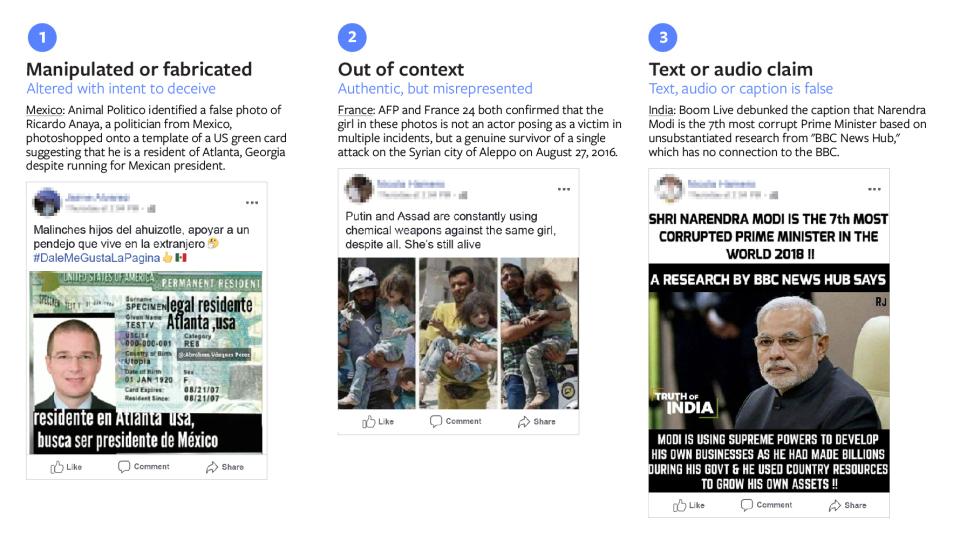 Types of Misinformation in Photos and Videos (Facebook Newsroom)

Staying committed to their pact of eradicating false information, Facebook says that it is continuing in its pledge to invest in new technologies and partnerships to stay ahead of the mischief makers who may spread false information on the social networking website. More regarding Facebook’s efforts in fighting misinformation can be read here.

How To Reinstall Cortana On Windows 10

Sony Shows Off Its New 3D Camera Tech In A Recent Demo, Could Be Used In The Iphone 11