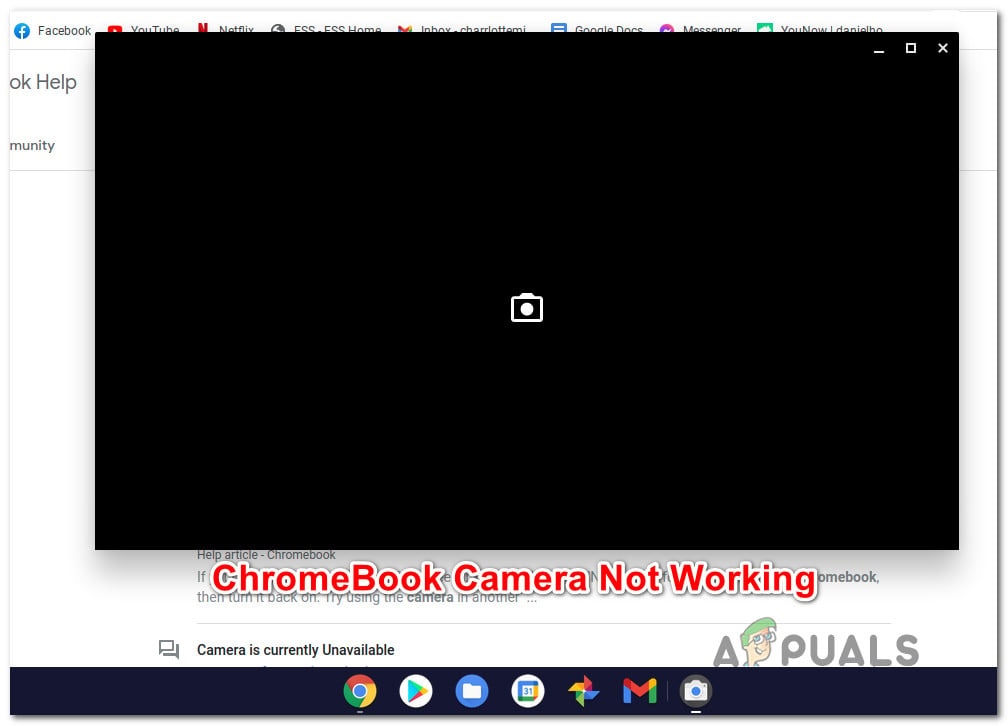 After investigating this particular issue thoroughly, it turns out that there are several different underlying causes that might be responsible for this behavior on Chromebooks. Here’s a short list of scenarios that might lead to the apparition of this issue:

Now that we’ve covered every potential cause of this issue, here’s a list of fixes that other users facing camera issues on Chromebook have successfully used to resolve the problem:

As it turns out, one of the most common instances that will trigger this camera issue is an underlying glitch having to do with the way Chromebook is wired to handle permissions.

If you find yourself in a scenario where the Camera works just fine outside the camera app, simply reboot your Chromebook and retry once your device boots back up.

To initiate a restart on your Chromebook device, expand the context menu from the bottom-left corner of the screen. Once you see the power menu, simply click on the power button (near your account icon) and choose Restart from the dedicated menu that just appeared. 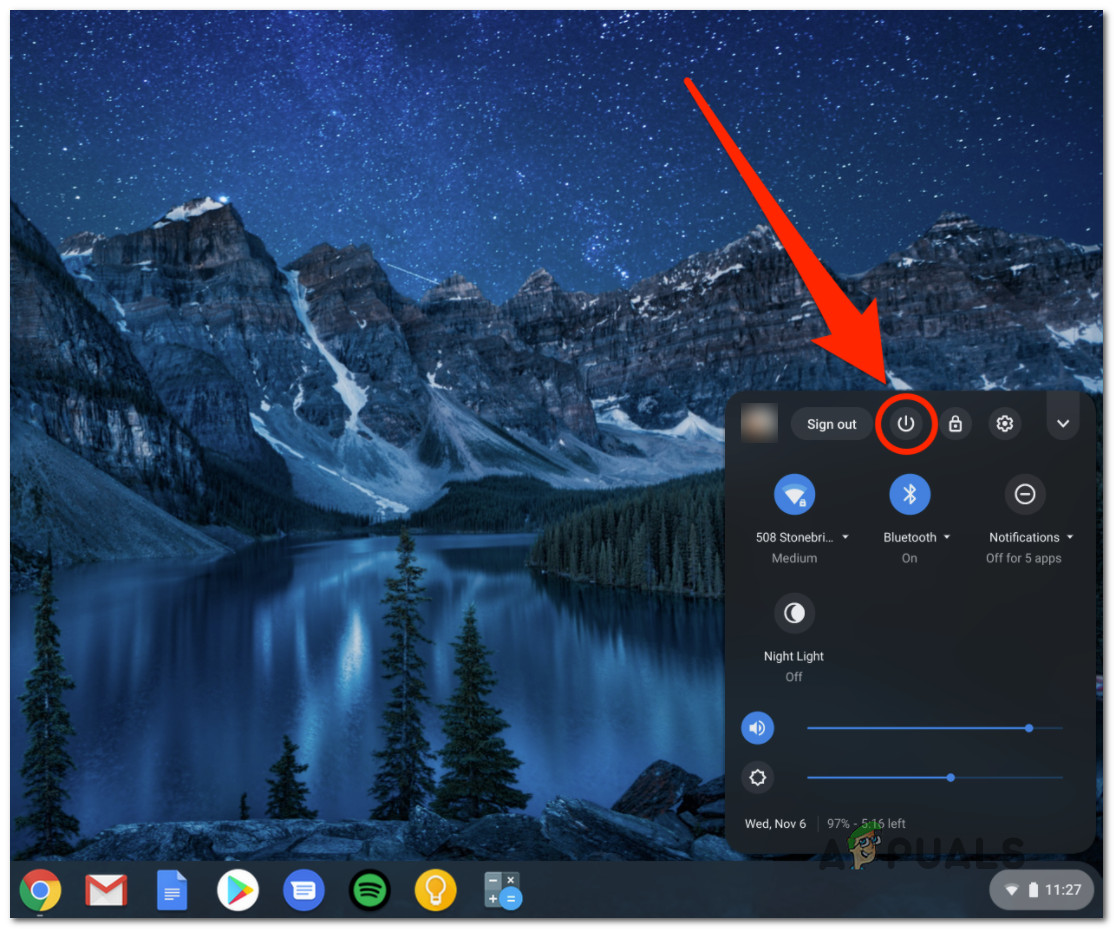 Initiating a restart on ChromeOS

Once your Chromebook boots back up, repeat the action that was previously having trouble using the built-in camera and see if the problem is now fixed.

If this method was not effective in your case, move down to the next potential fix below.

Update ChromeOS to the latest version

As it turns out, Google addressed this particular bug with ChromeOS version 87.0.4280.142.

So if you’re consistently facing this issue (especially if you’re on ASUS c300 or a different ASUS Chromebook), priority zero should be to install the latest ChromeOS version.

Several affected users have confirmed that the problem was finally resolved once they went through the steps of installing the latest ChromeOS version available.

If the same kind of issue is still occurring, move down to the next potential fix below.

As it turns out, this particular issue can also be somehow related to corrupted information that’s currently maintained in your computer memory. If this scenario is applicable, a system refresh (hard reset) will force the system to clear and reestablish the software connections between the BIOS and the hardware.

As it’s been reported by a lot of affected users, this operation will promptly fix the vast majority of camera issues caused by a firmware glitch.

Follow the instructions below to refresh your Chromebook device:

Note: This procedure will not remove any local files of settings currently stored by your ChromeOS device.

How To Fix Exception_Access_Violation Error In Windows 11/10?

How To Fix Ssl_Error_No_Cypher_Overlap On Firefox